Die konterrevolutionäre Putsch in Syrien und seine Geschichte. The Real Syria Story No One Wants You to Know About. 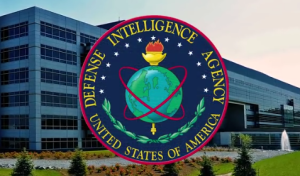 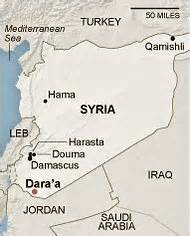 The Western media names Dara’a as the birth place of the revolution, where Syrian soldiers and police fired on and killed ‘peaceful’ demonstrators.  This myth remains today, 5 years on. While in Damascus we had the opportunity to interview a young soldier who was in Dara’a at the beginning of the so called ‘peaceful protests’ in Syria.  This is his account. ~ Gail

I wanted to know what was your first experience on that first day?

Soldier:  I will tell you how we knew what was going on.  We were at the headquarters in Damascus, sitting, not knowing that something is going on in the country.  And that was 15 of March, 2011.  And we were watching TV and seeing what was happening in Egypt and Tunisia and other countries and we were saying that couldn’t happen to us, that would not happen to our country.  So in March 15, I was packing my bags to travel from Damascus to my home town to celebrate Mother’s Day, which is March 21st, in Syria.  So, on March 15, I asked for my day off; vacation.  And all people, all soldiers who asked for their vacation they came declined.  And they gathered us on that day and we didn’t know what happened.  They said who are married stand here, who are single stand here.  So, single ones were 200 and they told us to wear full uniform and they gave us batons.  And up to that moment we didn’t know what was happening.

Soldier:  No, no, not even a personal weapon

Context from our translator:  No, nothing … I saw that with my own eyes, in Latakia, I saw it …

So this like everything … it was just the pretext used, it wasn’t true.  Just to make people go out in the streets.  You have to understand something here, in areas like Dara’a, Deir Ezzor, Qamishli and Raqqa, they are tribesmen.  So it’s enough for me to go, if you are one of the tribesmen, it’s enough to go there and shout haarr! and people will go helping you without knowing what’s the reason, whether you are wrong of right, they will go defend you because you are one of their tribe.  They don’t use their mind and this is true, this is in the case everywhere, they call it fahdah, it means help, just shout help and everyone will go after you, they wouldn’t ask you what happened, they wouldn’t ask, because they don’t think, they just have to defend their tribes.  Oh my god that’s so … stupid, they just defend their tribes.  So that’s what happened in Dara’a.  So, they told them to shoot them, that they attacked your children, they took off their fingers and it didn’t happen as they said.

Soldier:  So, we go that Friday 1.00pm after they finished the prayers.  We were surprised that they didn’t come from the Mosque only, they came from other neighbourhoods and they were surrounding us.  They took over the house rooves, any street entrance, everything.  And they started shouting Allah Akbar!  So, they surrounded us and they started throwing molotov cocktails and rocks on us from every corner, we were surprised.  We only had the Fire Engine, the hose water, and the Civil Police formed the first line having riot shields and batons.  We were surprised to hear the sound of machine guns not just Kalashnikovs, AKs or something like this, but things that shoot a lot of bullets and all my friends were falling around me.  Lots of people were injured and ambulances were not enough to take them to the hospitals, they ran out of ambulances to take them to the hospital.

Did you see who … where the bullets were coming from?

Soldier:  It was coming … because Dara’a town there is, part of it is a bit higher than others.  We were in he lower part, the shooting was coming from up.  Plus some of the demonstrators were holding guns and they were using their pistols.  The numbers started to grow bigger and bigger and the shooting started becoming more and more and it wasn’t possible for us to locate the snipers because of what they were throwing at us, so we had to run.  And all this happened and we didn’t have a clash, a face to face clash.  All of this. There wasn’t a face to face clash.

How did you feel at the moment?

Soldier:  Unbelievable, I didn’t expect to go through this.  We had a permission contrary to what happened, we didn’t expect, we didn’t know they would be shooting at us, killing our friends, it was unbelievable.

They were more organised than expected?

Soldier:  Yes, they were organised like, each group do this work and this work.  So, they knew what they were doing.

Were there foreigners in that early time?

Soldier:  I don’t know, we didn’t see them face to face.  My best friend was shot, so I felt anger and sadness.  I felt anger because we were ambushed in this way and all we had was batons, we couldn’t defend ourselves.  We had to run, they were shooting us like birds.  And the demonstrators blocked all the entrances leading to us, so no ambulances was able to reach us whatsoever, at that point.  I carried my best friend and what matters for us now is to protect him and protect ourselves until we get to safety.  While we were running, we were seeing our friends the civil police, how they were being killed in front of us, or shot at.

What number were the demonstrators?

Soldier:  Thousands, you cannot count them.  They just shouted for help in all the neighbourhoods of Dara’a and everybody came.  So, we needed to retreat because it’s our first time of being attacked like this and we don’t know the city, we don’t know where to go.  We were surrounded by everyone by then, we didn’t know what was happening.  We didn’t know the streets, we didn’t know anything.  We start running and because the heavy shooting there were still soldiers being shot.  At that point we were running for our lives.  Run for your lives!

And on our way running in the street, they started throwing at us pieces of concrete and planters, hot water, anything they can throw at us, they were throwing everything at us.  Women and men.  Somehow we found our way to our headquarters, we reached it.  And we were surprised that when we reached there they came and surrounded us at the headquarters.  They were shouting Allah Akbar, Allah Akbar and freedom, freedom and stuff like that.  They told us to form a line of defence inside the headquarters so not anyone can jump on over the walls.  At the headquarters we had a big flag, about 4 metres, they wanted to burn it down.  That flag was on a big iron stand, so the demonstrators bought ropes and tied it up to the big iron pole, brought in a big truck and pulled it down and burned it.  And they started throwing molotov cocktails and we weren’t given orders to … to, just a line of defence.

Were there weapons at headquarters available?

When this all happened, President’s orders; all Police Stations were to lock or take out all the Kalashnikovs that the personal have, take it out, just batons.  Now, I’m convinced that the leadership knew of what was being planned for the country, they knew and that’s why they did that.  At the beginning we hated that but now I’m convinced they knew.  So after all what happened, after the attack and them destroying us, the leadership kept telling us, just have patience, just have patience.

OK, just go back to the police station, you’re surrounded, no weapons …

The demonstrators were shouting at us, ‘if you are brave men, come out … come out’.  We were not allowed to go out, we stayed inside the headquarters.  We stayed surrounded for a couple of hours and then they went out to their houses.  Then we sat there feeling very sad and very shocked … what happened?  What just happened today?

You have wounded, there are no doctors right?

The next Friday the same thing, batons and they attacked us in the same manner.  Here some of us refused to go out, they refused, they said you are sending us to our death.  We’re not going so they were imprisoned and they took all those that wouldn’t go they took them back to Damascus to the prison.  Next Friday the same thing happened, we run away.  This Friday we started calling our families to say goodbye to them, farewell to them.  I called my mum and said I’m not coming back.  Forgive me, pray for me, I’m not coming back.  We didn’t know if we’d come back alive or not, no weapons, we weren’t given any weapons whatsoever, no bullets, just batons.

At this point had your mother heard anything?

My mother had a heart attack because it was bad and she was watching the news.  They saw on the media like al Jazeera telling all the lies …

We stayed there for a full month, four Fridays.  We go out and those who come alive, we say thank god we are alive and say farewell to the martyrs.  And then here all the demonstrators started attacking all the government buildings, any government buildings and destroy them.  But after we saw the amount of weapons with them we weren’t allowed to leave the head quarters anymore.  They had started shooting now from headquarters far away and sending mortars.  All in a month …

The Real Syria Story No One Wants You to Know About: 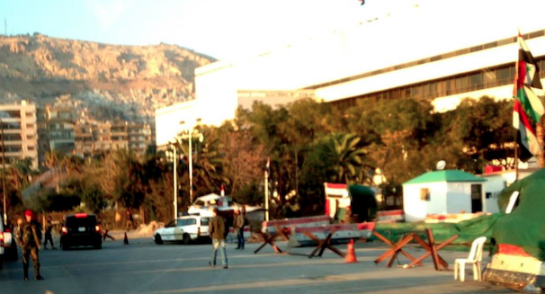 This testimony is supported by an April 2011 article by Joshua Landis read more … http://mrzine.monthlyreview.org/2011/landis140411.html